Engineering a kick start to your career - a case study

When it comes to showing how an apprenticeship can be a crucial kickstart to your career, Ben Carter is an excellent example.

And the 27-year-old from Longwell Green, near Bristol, is an enthusiastic proponent of the system.

“My apprenticeship really prepared me with the skills I needed to succeed in the engineering sector. I’d recommend anyone who wants a sound grounding follow this path,” he says.

Ben’s story began when he became interested in engineering at GCSE level and later took a two-year course at a technical college.

“I was eager to be working and earning, so I was lucky to get an apprenticeship with McBraida,” he recalls.

Ben started his working life with a year of study at the British Engineering Manufacturers Association (BEMA) training school in Yate, getting a sound knowledge of the machines he would be operating, as well as related issues such as safety and design.

“I can’t recommend BEMA enough. Without them I wouldn’t be doing what I do today. The knowledge of the trainers is first-class – they really prepare you for your job and care about how you are doing,” Ben notes.

On joining McBraida, Ben was studying for a Mechanical Machinist apprenticeship, but due to his prowess in this field the company switched him to working in the Technical Department and he switched his apprenticeship to study for an Engineering Technician qualification.

This illustrates not only how employers value apprentices, but how it is possible to move between disciplines during the learning process.

Ben’s course took 4 years to complete and work at his employers was augmented by regular visits to BEMA and site visits from his BEMA assessor.

“I was working at improving processes, looking at machine efficiency and systems of production: basically, helping the company to be as efficient as possible,” he explains.

Ben supplemented his apprenticeship by studying for an HNC then an HND in engineering, courses he says gave him some of the theory behind the practice.

On qualification, Ben was given a job in McBraida’s technical team and later he moved to Rolls-Royce before moving again to wing part contractor Avon Valley Precision Engineering where he now works as a Process Engineer.

“I love the job. It’s nice working for a smaller company as you feel you are really making a difference, plus I feel my qualifications really stand me in good stead in approaching the various challenges you get in engineering,” he says.

Ben now has a solid career without accruing thousands of pounds of Uni debts, and knows the training he gets gave him the skills he needed.

“The training is targeted. You don’t waste time working on machines and processes you will never use in your job. I honestly can’t recommend it enough. It gives you the tools of the trade – literally,” he concludes.

Interested in a career in Engineering? Check out our exciting vacancies here. 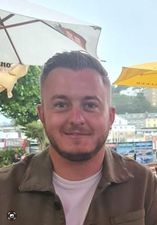